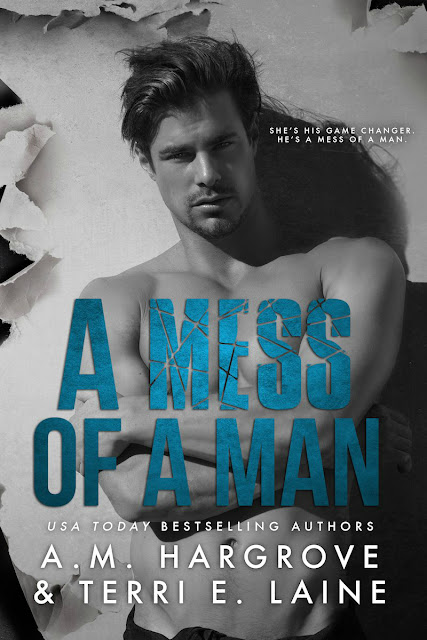 From USA TODAY BESTSELLING authors of Cruel and Beautiful, A.M. Hargrove and Terri E. Laine bring a new full-length standalone New Adult Contemporary Romance. This novel includes mature content, not suitable for younger readers. (Rated R)
Womanizer, Man Whore, Player, Heartbreaker are all familiar names to Ben Rhoades. He prefers Money Man or Sex God, but he doesn’t let other people’s opinions rule him. And he’s only gotten worse without his compass, his best friend, whose devastating death at a young age has taught him a valuable lesson about not getting too close to anyone … ever. Until one smart and stubborn woman with eye-catching curves throws him for a loop and refuses to be tamed.

Samantha Calhoun has her life on track even after the shattering break-up with the guy she’d thought she’d wanted to marry. With her chin held high, she focuses on her career, building her business and making a success of it all. Only a chance meeting has her lost in a set of alluring steel gray eyes that have her steps faltering and her heart leaping out of her chest. Forewarned by not-so-flattering rumors plus his no-holds-bar rules, she tries desperately to play his game while guarding her heart.

Only they have no idea of the journey they’re about to undertake when their lives collide. Ultimately they’ll tackle the biggest test of their lives because she is his game changer. The one, who through the ensuing wreckage, can domesticate the mess of a man that he is. 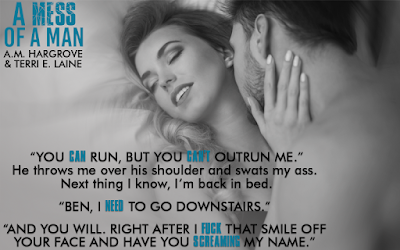 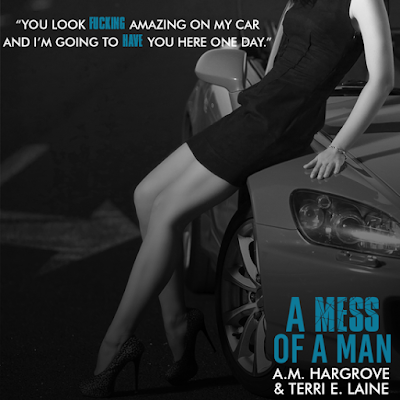 
There is finality to the sound of the door closing behind her. A sort of tormenting peace knowing the end has come. It’s not like I should have expected things to go on this way for long. How could they?

I stare holes in the walls as if I can still see her, the one woman I let in.

Sweeter than peach cobbler, she hardly has a bad thing to say about anybody—until now. Her parting description of me, beginning with ass and ending with hole, reverberates through my hollow heart, as I stand here rooted to my spot. I’m not even shocked, as this isn’t the first time I’ve been on the receiving end of that sentiment. I’m only surprised because I don’t think I’ve ever heard her so much as mutter a single curse word before. And the first time I do, it’s aimed squarely at me.

My hands tighten around a tumbler filled with amber liquid before I toss back its contents hoping for oblivion or something close to it. This road is so familiar. Only this time is different. I never cared like I do now. She means more to me than a quick fuck. Hadn’t I been about to tell her just that? How could things have gone wrong so fast?

Don’t be a dumbass. You can still fix this.

Instead, I stubbornly stay embedded to my spot because nothing can change the outcome. It’s a truth she and I know will haunt me until my last breath. And it’s created a wall between us I’m unable to climb … even if you gave me a damn ladder.

I’ve never been much of a risk-taker when it comes to matters of the heart. I can fill a bank account with a number having many zeros behind it from my astute choices in the market. But I can’t be a man a woman stays with. Hadn’t I warned her about that too?

Unable to see past my own shitty existence, I long for her to come back. I want to believe it’s all been some kind of mistake and I can forget what I know to be true. As the seconds continue to tick by, the inevitability that things are really over sinks in. My window of opportunity quickly closes as fast as her car door slams and the engine fires to life.

She’s so close, yet miles away. The longer I let the minutes expand between us I know distance won’t make the heart grow fonder. But maybe it’s for the best. Love, or whatever masquerades as it, just isn’t enough for the dirty, fucked up truth. Right when things were better than I ever expected, facts messed it up.

Groaning, I launch the crystal glass worth a small fortune at the door I can’t seem to force myself towards. A beautiful show of light plays off the shards as they cascade down in an explosion of fireworks. Visually, it’s what I feel inside as desolation constricts and then obliterates my chest because the best thing I ever had is gone … leaving me with only the certainty I’m meant to be with her.

I love you, I whisper for the first time and in place of goodbye. She left me and will never hear it. I can only pray we both survive what’s to come. 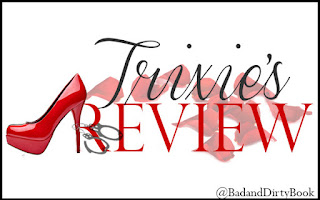 For some reason,
I just couldn't connect with the characters. It was a great although
rather predicable story.
If your into insta-love/lust then this book is definitely for you.

The writing worked fine but no matter how hard I tried, I wasn't intrigued by Ben or Sam's personality or their story.
Their insta-connection was & felt too easy.
I would have liked more build up tension or slow burn romance in their relationship.
I felt that Sam and Ben
were two different people in the book.
I know it's possible but
it didn't feel like Sam and Ben.
But I have to say, that their insta-love/lust did have one upside.
Their sexual chemistry was insanely hot.
I couldn't get enough of that.
Sam's "secret" carried on for way too long and it was a shame, it had to be used as a plot device to come between them.

The epilogue was really great
and made me smile.
So if you're into insta-love with some angst with a guaranteed happy ending then this book is for you. 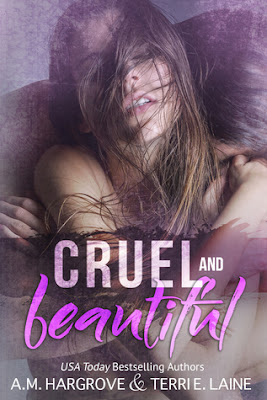 
One day, on her way home from work as a sales manager, USA Today bestselling author, A. M. Hargrove, realized her life was on fast forward and if she didn't do something soon, it would be too late to write that work of fiction she had been dreaming of her whole life. So she made a quick decision to quit her job and reinvented herself as a Naughty and Nice Romance Author.

She fancies herself all of the following: Reader, Writer, Dark Chocolate Lover, Ice Cream Worshipper, Coffee Drinker (swears the coffee, chocolate, and ice cream should be added as part of the USDA food groups), Lover of Grey Goose (and an extra dirty martini), #WalterThePuppy Lover, and if you’re ever around her for more than five minutes, you’ll find out she’s a non-stop talker.

Terri E. Laine, USA Today bestselling author, left a lucrative career as a CPA to pursue her love for writing. Outside of her roles as a wife and mother of three, she’s always been a dreamer and as such became an avid reader at a young age.

In her early years, she and her best friend would tell each other stories over the phone when they were bored. They called them their "soap operas" and generally revolved around whatever boy they liked at the time.

Many years later, she got a crazy idea to write a novel and set out to try to publish it. With over a dozen titles published under various pen names, the rest is history. Her journey has been a blessing, and a dream realized. She looks forward to many more memories to come.

Posted by BadAssDirtyBooks at 6:56 PM