This book is a contemporary romance, standalone, title that you won't want to miss! Just when you thought politics couldn't get any dirtier...

Buy it in paperback

From authors Chelle Bliss and Brenda Rothert comes a smoldering standalone enemies to lovers romance that will, ahem…check all your boxes.

I hate him. Jude Titan is everything that’s wrong with the male sex: cocky, domineering and loaded with swagger. Oh, and did I mention he’s a Republican? Yeah, the guy’s so conservative he leans to the right when walking. And lucky me, I’m running against him for Senate. But I’ve got plenty of fight in me. A golden boy war hero opponent with a smile that leaves melted panties in its wake? Bring. It. On.

Damn, she’s sexy. Reagan Preston intrigues me from the moment I lay eyes on her. And speaking of laying…I want between those thighs. But I want to make her burn for me first. Every debate and stolen moment is foreplay for us. She claims she hates me, but her body tells a different story. I plan to win this election, but I also want to win the sharp, fiery Democrat who captures my attention like no woman ever has. Politics is filthy, just like all the things I want to do to Reagan Preston. 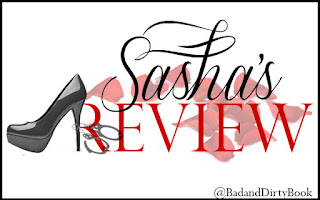 I was so excited to read this book!
I've been a fan of Chelle Bliss from before the Men of Inked series.
This was so different from anything she has ever written and I know this is a collaboration but it was phenomenal!
The characters were energetic and the banter between them was sexy and sometimes infuriating but that
just made the story so much more addictive. The story was actually released
at a perfect time.
During this time when all the political crap is going on TV it was really refreshing to read something that is NOTHING like that.
Jude was so down to earth,
real and sexy as hell!
His dirty mouth made him even hotter.
He stood up for everything he believed in and even though him and Reagan were supposed to be sworn enemies the magnetic sexual attraction between them
definitely squashed that idea.
I mean it's really hard for two people that are physically attracted to each other to be in the situation that they were put in and not want to jump each other's bones you know what I'm sayin?

Reagan was a sassy little thing
that packed a big punch. She knew her strategy and was prepared to crush Jude.
Until she met him in person and then everything was out the window.
She lost her cool on more than on occasion.
I liked that she was not weak and timid.
My favorite thing about her is that she cussed like a sailor!
I mean that's really who she was even though she was a politician she had a potty mouth.
I think honestly with politicians or any type of person that is in the public eye; everyone forgets that they are human too.
Basically when it comes to these two it is pure human animalistic magnetic attraction that brings them together.
Democratic or Republican
you can't stop that!
I mean that's on the surface, but there are a lot of stolen moments they share that build this Enemies to Lover's Story.
The way the story is told, the anticipation keeps you on the edge of your seat and the writing is perfection. The supporting characters added the depth and suspense the story was built on.
It was everything and more than
I wanted it to be.
I started this book and went from 0 to 45% and like a couple hours and the only reason why I didn't get a hundred percent is because my eyes closed on their own behalf un-benounced to my mind because I was so not ready for that.
This story just grabs you and captivates you  and you Can.NOT. STOP. it's like Pringles once you pop you can't stop!
Don't think twice about this one Honey just go on ahead and one click this bitch and then stop by and thank me.
I will be waiting to tell you
YOUR WELCOME!!!

Brenda Rothert is an Illinois native who was a print journalist for nine years. She made the jump from fact to fiction in 2013 and never looked back. From new adult to steamy contemporary romance, Brenda creates fresh characters in every story she tells. She’s a lover of Diet Coke, chocolate, lazy weekends and happily ever afters.

Chelle Bliss, USA Today Bestselling author, currently lives in a small town near the Gulf of Mexico. She's a full-time writer, time-waster extraordinaire, social media addict, and coffee fiend. She's written over thirteen books and has three series available. She loves spending her free time with her boyfriend, 2 cats, and her hamster. Before becoming a writer, Chelle taught high school history for over ten years. She holds a master's degree in Instructional Technology and a bachelor's in history. Although history is her first love, writing has become her dream job and she can't imagine doing anything else.

Posted by BadAssDirtyBooks at 11:33 PM