Release Day and Review of Unveiling Fate by Jeannine Allison 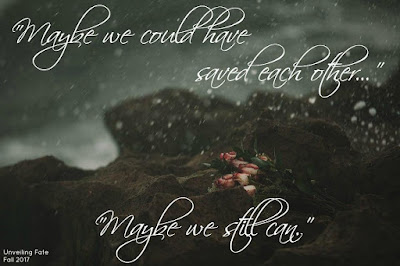 Unveiling Fate is a STANDALONE romance. You don't have to read any other books in the series to enjoy it :)

The girl who everyone forgot…

Ellie Harrington wanted to be remembered. After years of being neglected by her parents and ignored by her peers, she tried to drown her sorrows in alcohol. But at the tender age of twenty, her biggest crutch becomes her greatest obstacle when a positive pregnancy test changes her life forever.

The boy who wished to be forgotten…

Grayson Mable wanted to disappear. After suffering years of torment at the hands of bullies and the tragic loss of his best friend, he cut himself off from the world. Almost a decade later, the victim has become the protector. But instead of seeing a hero, he sees a broken man, haunted by his past.

Tell me something that hurts…

Both believe they’re destined for loneliness, until their paths cross and everything changes. The pair become fast friends, trading their darkest secrets and revealing their deepest regrets. As time goes on and their feelings grow, the pieces of their broken hearts come together, fitting perfectly to make them whole. But mended hearts are fragile… Will Ellie and Grayson crumble under the weight of their pain? Or can they stand strong and embrace what fate has planned? 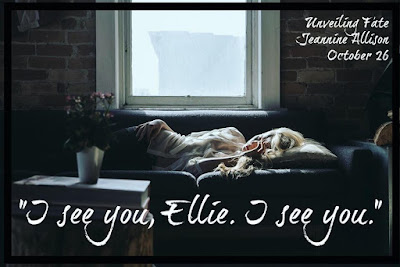 The Unveiling gang are my people. After reading three books I couldn’t be more invested in their stories and after being introduced to Ellie and Grayson in Unveiling Chaos I was beyond ready to know theirs. Already in Unveiling Chaos Ellie was struggling with her current situation but thankfully she had the support of her brother Damien, his girlfriend Naomi and common friend Grayson.Unveiling Fate can be read as a standalone but I recommend reading from book 1 Unveiling The Sky just to experience the connection with characters and being introduced to everyone in each book.First things first. I love Grayson Maple! He wooed me properly and also made my heart break. Ellie showed everyone how strong and determined she really was. She couldn’t have done it without Grayson. He showed her how important she was, to him, to herself and that she could achieve her goals. Ellie on the other hand made Grayson accept his past, face his fears and reevaluate his life now that Ellie was a huge part of that.Unveiling Fate revolve around topics which are pretty common today. Bullying, loneliness and not being validated or acknowledged by the people you love. It’s a huge part of why Ellie and Grayson grew up the way they did and made certain choices.Unveiling Fate is emotional and all about Ellie and Grayson which I loved. I loved how brave they both were. Together and individually. Especially Ellie found her voice and self confidence. Grayson had experienced a loss when he was a kid and carried it with him still. Despite that he was still a loyal and strong support for Ellie and her son Andy. He was her rock. Her and Andy’s.When they were together intimately it was a first for them both. In different ways. Allison captures it beautifully that I could easily feel the love and the passion between them.It was pure and honest. Their course towards a relationship was in a steady pace that benefited the characters and their growth.These two lonely souls came together, brought light in their darkness so the other could shine and ultimately saved one another.I was so happy that a couple of other characters from the Unveiling universe besides Damien and Naomi made an appearance. They are each other’s family and tribe. That little seed or teaser that Allison planted regarding the next book only made me wish I could continue reading and stay in this fabulous universe.This is the fourth book in the Unveiling series and it’s still going strong. Jeannine Allison has created a wonderful series with relatable characters whose stories have heart and are meaningful. I’m so happy there’s another book cause I’m not done with this gang. Not by a long shot.5 BadAssDirtyMyHeroStars 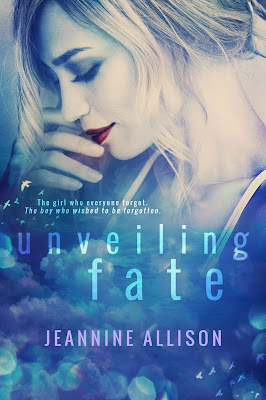