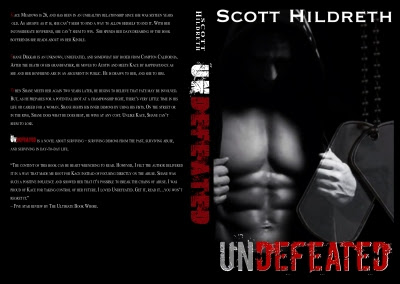 ◇◆◇◇◆◇◇◆◇◇◆◇◇◆◇
Synopsis
Shane Dekkar is an undefeated, gorgeous, and somewhat shy boxer from Compton California. In the ring, he's a beast, out of the ring, he's loving, caring, and intriguing. After the death of his grandfather, he moves to Austin and meets Kace by happenstance as she and her boyfriend are in an argument in public. He is drawn to her, and she to him. Her boyfriend drives away as she mouths the words "help me" through the window...
When they meet again two years later, Shane begins to believe in fate. But, as he prepares for a potential shot at a championship fight, he believes there's no time in his life or career or a woman.
Kace Meadows lives in Austin, Texas. Now 26, she has been in an abusive relationship since she was sixteen years old. As terrible as it is, she can’t seem to find a way to allow herself to end it. With her current boyfriend, she can’t seem to win. She finds hope in reading about her book boyfriends....and dreaming.
Until she meets Shane Dekkar, a boxer. Holy mother of perfection...
Shane fights his inner demons by using his fists. On the street or in the ring, Shane does what he does best, he wins at any cost. Unlike Kace, Shane can’t seem to lose.
Undefeated is an extremely romantic erotica novel about fighting. Fighting for what you believe in. Fighting for life. Fighting to live. And fighting to keep love once you find it.
Be prepared to be moved, touched, stand up and cheer, and cry your eyes out. This book will, without a doubt, knock you unconscious. This novel clearly defines the love that we all seem to want, yet can't find. This is not your typical boxing/fighter romance. This book will give you hope, make you feel, and cause you to wonder....wonder why you haven't met your Shane Dekkar.
◇◆◇◇◆◇◇◆◇◇◆◇◇◆◇
Purchase Links

◇◆◇◇◆◇◇◆◇◇◆◇◇◆◇
Undefeated Playlist
Listen to the music that inspired the book 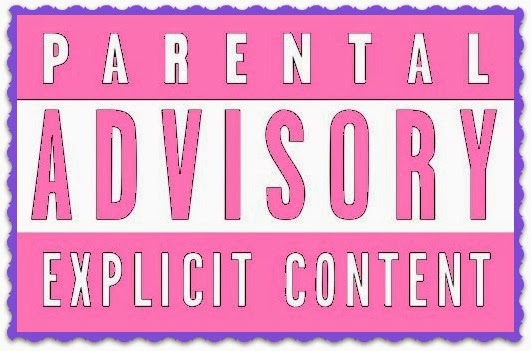 I was sort of taken back by the way the book started. I was feeling sorry for Kace and the predicament she was in. Like Dayum, nobody should be in that situation. I was routing for her though and I'll be damned if she didn't come through like a champ. That's my girl!   Things start to changed when Shane Shame On Dekkar rides into town and right into Kace fucked up life. 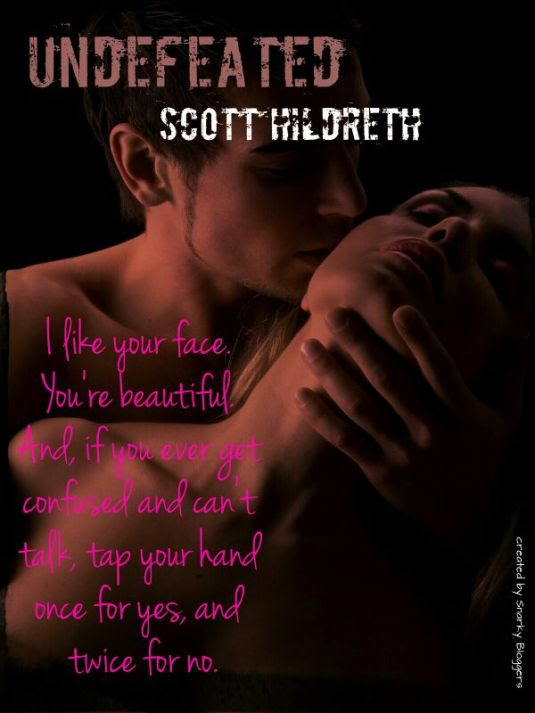 There are no words to describe every thing this man stood for, but I will try.  He was a stone cold fighting machine.  He had a no tolerance attitude that was strictly enforced on a daily basis in and outside of the ring. He was considerate, compassionate,  smart and calculated and knew how thoroughly please a  woman.
Sweet Lord Baby Jesus did he Ever!!!
*shivers and tingles* as I remember!!! Gahhh 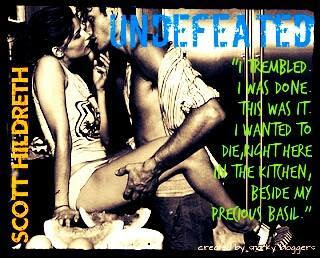 He knew just how to get what he wanted.  Now when that man said he was coming for it he wasn't playin! He went for it.  HARD. I swooned and fell for this him probably harder than Kace did. YA YA I know he's fictional but so what. When you read this you'll know what I mean!  Both Kace and Shane get what they deserve and it is right on time! I was enticed, enthralled and captivated by this story! I have become Scott Hildreth's biggest stalker.
Fan I meant fan I swear.
Shame on you if you ain't already read this because every woman needs a Shane Shame on Dekkar in their life so run don't walk you're ass over to your computer, phone, or tablet to one click this and I will be right here waiting on your response just to say mmmhmm I told you so girl!!!
Undefeated Knocked me off my feet with 5BadAssDirtyTopNotchStars!!!
◇◆◇◇◆◇◇◆◇◇◆◇◇◆◇
Author Scott Hildreth's Inspiration for Writing Undefeated
My inspiration to write Undefeated, and the hope that it may inspire someone to get out of an abusive relationship, came from the events described below. The events below are true. The events in the book are not. The book is one hundred percent fiction.
One weekend, I had a girl get in touch with me that I had never met. She had received my telephone number from a friend of a friend. Frantic, she attempted to speak to me initially, but each time she tried, she was overcome with emotion.
This emotion filled silence continued for almost an hour, and then we then actually began to communicate, albeit slowly, and one-sided. I learned through the conversation (that lasted almost eight hours) that she was bound by her husband, and gang raped by his friends. This happened for a few days. Against, if I even need to state this, her will. She was in and out of consciousness for two days. Eventually, she was released. In shock and extremely poor health, she contacted me from a remote hotel room.
I struggled with this event, and how to handle it. I struggled with this more than I have struggled with almost anything in my life. Vengeance. At what point does one administer justice to someone that the courts will undoubtedly not punish properly? The punishment for this particular crime, regardless of what was imposed by the court, would not be sufficient for the crime committed.
I chose at the time to speak to another close female friend about the event, and get her opinion.
Although I could not speak to my friend about the person, the events, or the intimacies of the above mentioned conversation, we spoke for some time in general about God, about law and about the difference between what is right and what is wrong. I shared with her my thoughts of feeling a need to resolve this issue with the caller’s husband on my own. When the smoke cleared, I sat in a coffee shop and thought. I made a decision. “Put up again thy sword into his place; for all they that take the sword shall perish with the sword.” I decided, for once in my life, that it was not my responsibility to resolve this issue. I contacted the authorities, called in a few favors from some friends in law enforcement, and the issue was dealt with in a manner in accordance with law.
My female friend, as always, proved extremely useful in her ability to convey her understanding of the message of God in a manner that I could listen to and accept. I have always struggled with attempting to do what is right (in my mind), and hoped that it was what was right in God’s eyes. I do not know that these things always were in line with one another.
Until now.
And now, a year later, the person from the incident above?
She is well. As well as she can be, considering all things. She is fortunate.
I struggle - still today - with thoughts of vengeance.
My struggle brought me to this.
I hope you enjoy.
◇◆◇◇◆◇◇◆◇◇◆◇◇◆◇
Teasers 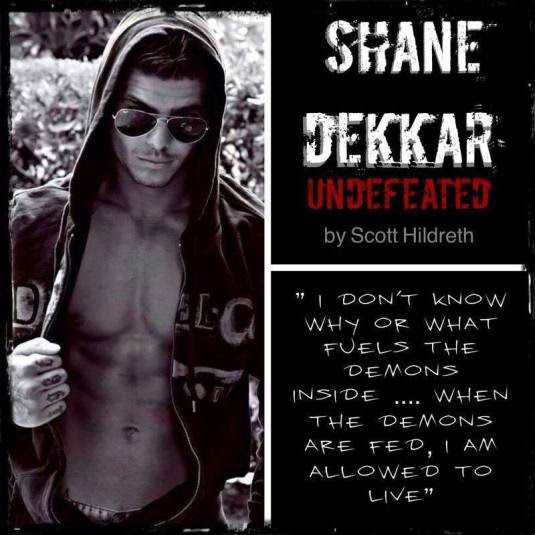 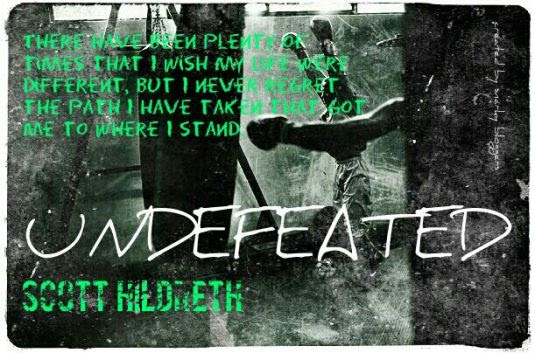 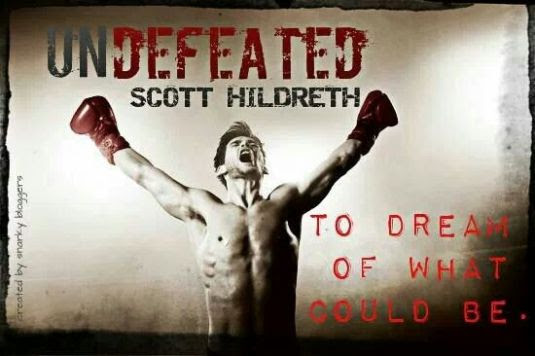 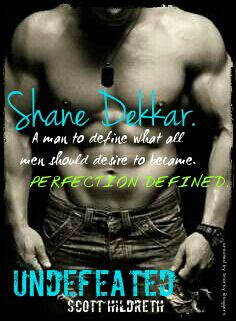 Excerpt 1
Kace
Trying to figure a way to get out of a relationship and not feel like a complete failure is difficult. Most people will never understand why I have stayed in the relationship with Josh as long as I have. As much as I hate the way that he has treated me, I cannot imagine giving up on us - giving up on our relationship. I don’t think I know how to be alone. When I think of it, my head gets all jumbled up and I get scared. Sometimes when I think of leaving him I shake. As soon as I start shaking, I change my mind. I often wish someone would decide for me.
Each time that he has beaten me, I deserved it. I remember the time when I was eighteen, right after high school. Josh was twenty-one. He had to work overtime that day, and he came home exhausted from a long day at work. He asked me about dinner, and I back talked him. He just lost his temper. He never would have hit me if I hadn’t talked back. It was a really long day for him. 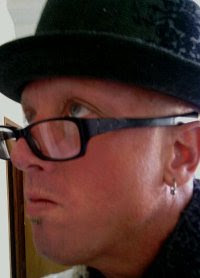 Readers, I will never forget the first time I actually felt as if I had helped someone resolve an issue in their life. I was in middle school. It started then, and has continued throughout my entire life. I have always made myself available to talk to people and resolve (or attempt to resolve) issues that they struggle with. Having an exceptional ability to communicate has always been a gift of mine, and I have enjoyed doing so. Telling stories has always been second nature to me. Writing has been a passion of mine since I was a child. I have written poetry, romance, self-help, addiction, alcoholism, codependency, technical, and satire. There isn't a genre or a topic that I feel more comfortable with. I enjoy writing about whatever it is that I feel passionate about at the time. Being open-minded and often seeing abusive relationships unfold, I have always been passionate about abuse, or the prevention of it. My main focus has always been people that are incapable of helping themselves, primarily women, children, and the elderly. I have talked to hundreds of women that were in abusive relationships, and assisted many of them in removing themselves from these relationships. I try to focus in my writings to develop a story that makes people stop and think. To look at a subject or subjects from a different point of view. If I am able to get my point across, and make the subject entertaining to the reader, I feel that I have met my objective. I feel that I have tremendous depth as a person, and have had some great experiences in my life. To date, what life has offered me has been nothing short of spectacular. My opinions, point of views, and perspectives on matters are just that; an opinion. There isn't necessarily a right or wrong in what I write, but more of a belief. I always believe in what I am writing, and I further believe that the reader may benefit from viewing it from the written perspective. I hope that you enjoy reading what I have written as much as I enjoy writing it. Nothing gives me greater satisfaction than knowing a reader enjoyed something I have written. Considering that, please take time to leave a book review if you have read something I have written.