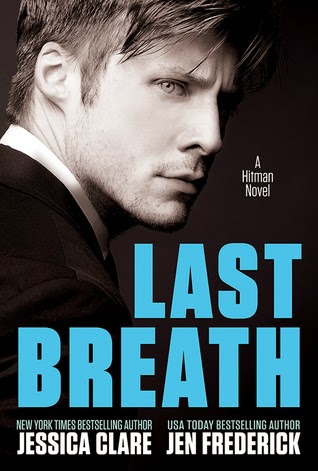 Regan
I never really knew what misery was until the day I was kidnapped and sold for being in the wrong place at the wrong time. Two months later, I'm at a brothel in Rio when I meet Daniel Hays. He says he's here to save me, but can I trust him? All I know of him are his sarcastic retorts and his tendency to solve every dispute with his gun. He's also the only safe thing in my world, and I know it's wrong to fall in love with him, but I can't seem to help myself. He says he’ll protect me until his last breath but I don’t know if I should believe him or even if I can.

Daniel
For the last eighteen months, I’ve had one goal: to find my kidnapped sister. I’ve left the Army, turned paid hit man, and have befriended criminals all across the globe. In every brothel I raid or every human trafficking truck I stop, her face is the one I’m desperate to see. In Rio, I find Regan Porter, bruised but not broken and still sane despite her weeks in hell. I should leave her behind or send her home because the last thing either of us needs is to get involved. But with every passing minute, I find I can’t let her go.

A fantastic follow up to the first book in this series Last Hit. This is Daniel and Regan's story. If you have not read Last Hit I suggest you read it prior to reading Last Breath.
I fell in love with Daniel. He's this sexy, yet soft and sweet hit man. A former military man, Daniel leaves that life behind to find his kidnapped sister. Now a paid hit man, Daniel has been tasked to find Regan who was kidnapped and sold. Daniel finds her in a brothel in Rio.
Regan has no idea how she ended up in this hell she's been living for the past two months. She has been sold by the Russians to a strange man and he want her "broken-in" before he will take possession of her. Regan is rescued by Daniel, but she is to mentally damaged to go home. Regan only feels safe with Daniel, and convinces him to help her.
With Regan in tow, Daniel fights his way to his sister. We see some characters from Last Hit and the effect they have on how this story ends is crazy. There is lots of action and it keeps you blood pumping. We even see just how sweet and caring Daniel can be and how he helps heal Regan and keep her safe.
Can't wait for book 3 in this series!!