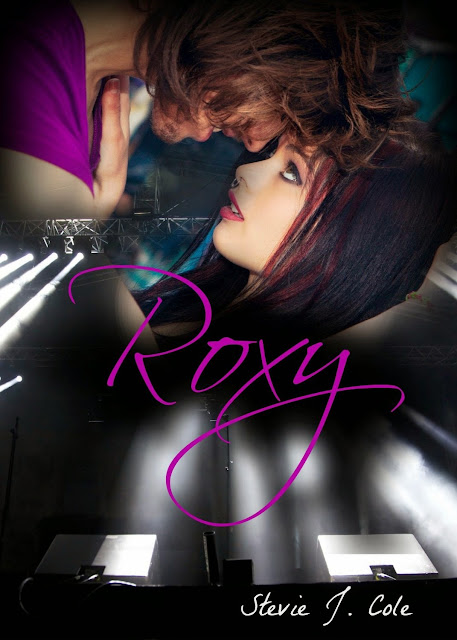 SYNOPSIS
My life had been no fairy tale. Actually, growing up, it had been something more like a nightmare, which is why I ended up so hard. When you don't want to hurt having the ability to be numb is your best defense mechanism. And for a long time all I was doing was existing.
Jag Steele, the lead singer of the international rock band Pandemic Sorrow, was the epitome of everything I despised: arrogant, entitled, but the thing I hated most about him was that he was an addict. Drugs had been the demon that had ruined everything in my life, and anyone who had a love affair with them pretty much made my stomach turn. It brought up memories I wanted to stay buried. Needless to say, I wasn't exactly a fan of Jag.
Funny thing is, people aren't always who you expect them to be. Never in a million years would I have thought the night I meet Jag would have any significance on the rest of my life, but it did.
I found out that sometimes something that screams utter destruction might actually be your saving grace.
Some people may say our story is too screwed up to be a romance, but for two broken people, we made the pieces fit together perfectly. 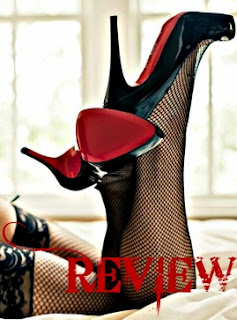 This book was everything
I never thought it would be! Book 3 in the series and I totally read it as a stand a lone.
I could truly empathize with
both Roxy and Jag. 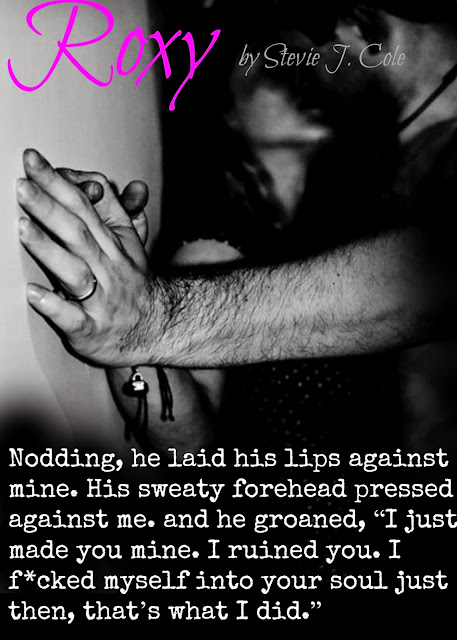 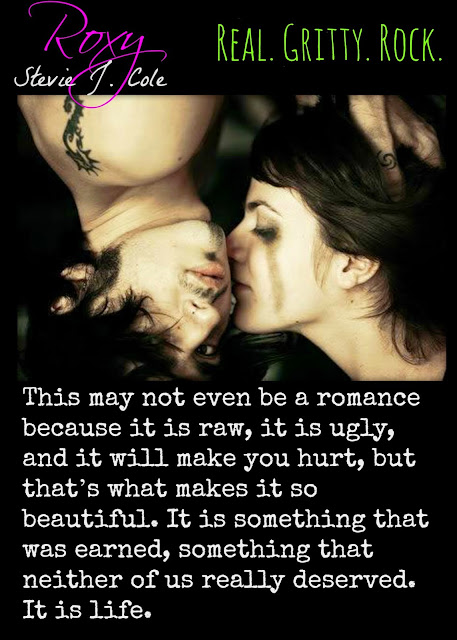 Roxy was not broken
but shredded by here FUCKED up past.
She kept to herself and did what
she had to do to survive
and raise her sister.
She was not impressed with fame and money,  while she needed it to survive, it didn't draw her to anyone,
especially Jagger!
Mister Rock God himself. 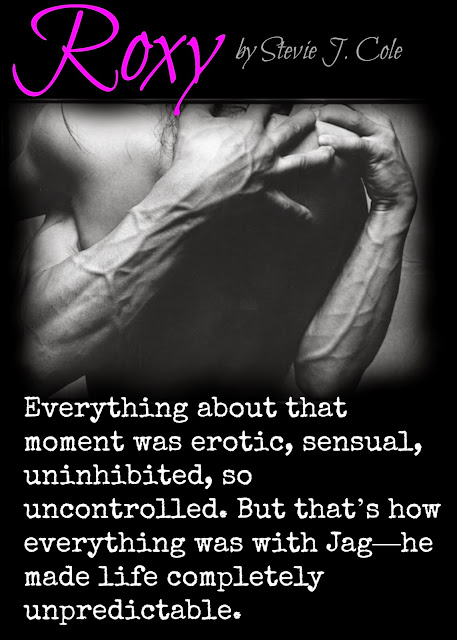 While he was undeniably Hawt, he represented everything she hated! 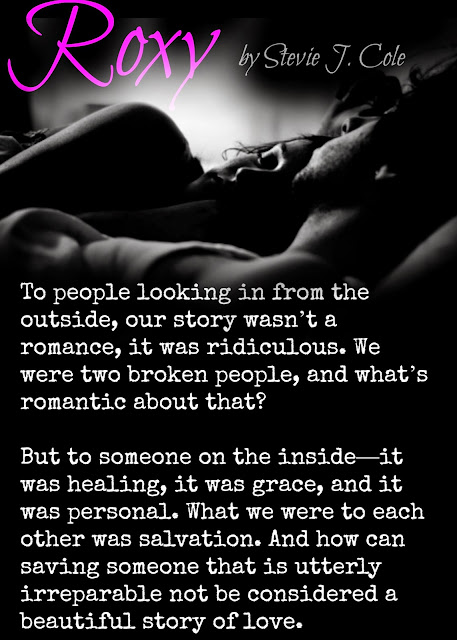 These two were real with each other!
Raw, Gritty and a not so pretty fairytale. 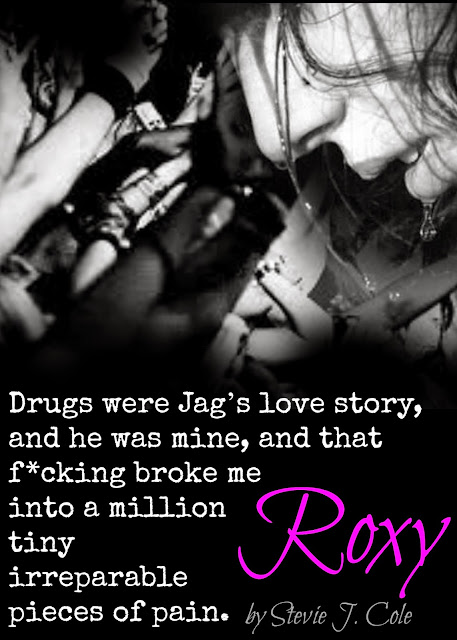 I'm not sure who is rescuing who in this one, it's pretty even.
You won't be able to put this down!
I  couldn't!
Find out where these 2 end up and pick up your copy today! 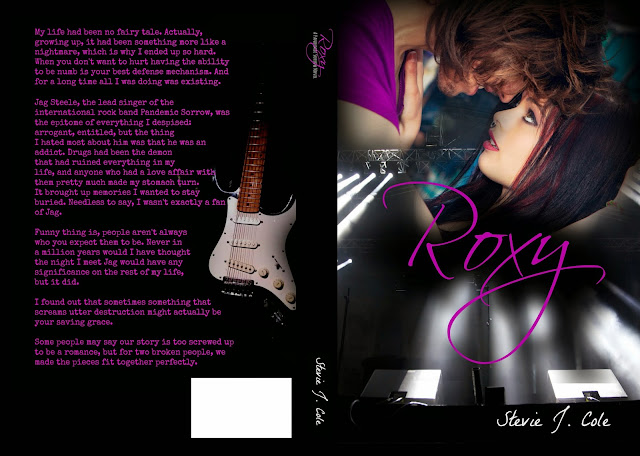 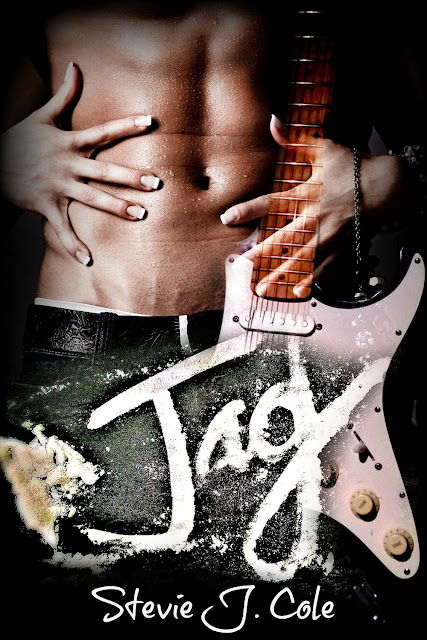 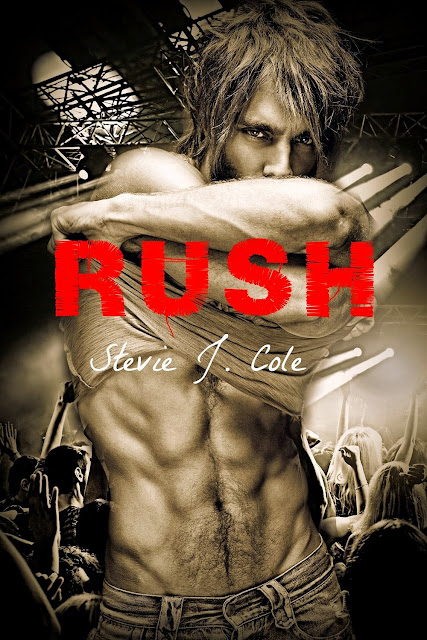 I love writing (obvious since I'm on here, right?) I don't have a specific genre - I just write whatever story manifests itself inside my brain.

Writing is like therapy. There is nothing else that I can lose myself in the way I can a story.  It amazes me that words can take you away from reality and leave you in a dazed state once you've finished.

Aside from writing, I love sloths and mythology. I kind of have a thing for vampires, because let's face it, something about the fact that they fight the urge to bite your neck and drain the life from you is rather sexy. I have an irrational fear of the zombie apocalypse. I honestly cannot imagine a more horrifying way to go than by being ripped to shreds by a mass of mumbling, decaying, and oozing corpses with clicking teeth. Ugh! I just shuddered typing it.

Now the boring basics: I'm married with two wonderful children. I grew up in the south listening to a ton of grunge rock. Me and my sister have an obsession with going to concerts and getting front and center. We often fight over who can get the most swag from the band. I have an unhealthy obsession with Russell Brand's mind, and the smell of crayons is the most soothing smell there is.

I hope if you read my work that you will enjoy it. After all, writing is the most amazing magic trick of all... it puts the reader in the mind of the writer (kind of creepy if you think about it). It's scary inside my brain, watch out!

I hope you love my little worlds as much as I do.

Posted by BadAssDirtyBooks at 9:00 AM